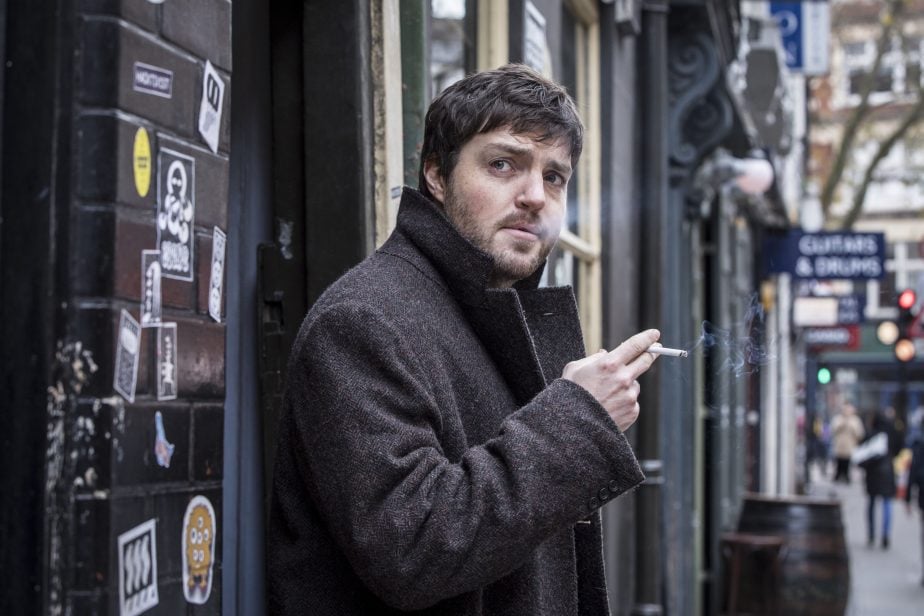 Nobody seemed very surprised at who, it transpired, dunnit, in this week’s concluding episode of Strike: The Cuckoo’s Calling on BBC One.

But nobody really minded and we can’t wait for Strike’s next installment this Sunday with the new two-part mystery The Silkworm. What resonated was the characterisation as Tom Burke’s grumpy private sleuth Cormoran Strike slouched his way through London, with help from Holliday Grainger as Robin Ellacott. Take a look at the trailer here.

Between growling that locals can’t afford to live near their place of work, frequenting pubs, and working out of a grubby Denmark Street office, interest in Strike was well and truly propelled by the London locations, and this is set to continue over the coming two weeks.

FilmFixer manages the film office service for all these boroughs. FilmFixer director Andrew Pavord said, “The Strike episodes were shot around our boroughs between November last year and April this year.

“The production took a very nimble approach, keeping cast and crew to a minimum of between 30 and 45. This worked really well.

“They also did a great job at thanking local residents, with donations to groups including the Perronet House tenants and residents association in Southwark, the Bloomsbury Association and the Go Film It academy in Lewisham.

“We were pleased to see HMP Brixton being put to work as a location in Lambeth. Now that it’s used only as a Category C Training unit, it’s becoming more famous for its filming than its history as a jail, especially after Gordon Ramsay taught 12 inmates how to cook for the TV show Gordon Behind Bars. Even Ramsay is outshone, though, by some of the jail’s former guests (of her majesty) including the likes of Mick Jagger and Bertrand Russell.

“While we’re used to hosting Sherlock in Camden, where Gower Street plays the famous Baker Street lodgings, in this series our gumshoe takes on far more modest Camden digs, in Denmark Street near Tottenham Court Road. Strike’s rather downbeat office is familiar to Londoners as Tin Pan Alley, the historic centre of London’s music publishing business in the 50s and 60s.”

A suspect runs from a Bedford Square doorway, before being tackled to the ground. Our detective stakes out an Argyle Street home. And we see characters walking into Kings Cross station.

As the stage was set for the The Cuckoo’s Calling murder, a glamorous party was filmed at McQueens on Tabernacle Street in Islington’s Shoreditch, with the soon-to-be murder victim posing for photographers outside in the snow.

On Bunhill Row a renowned author visits his late wife’s grave, with Strike watching from a nearby park bench.

Danson House in Bexley hosted a photo shoot for the drama.

Kingston homes were key to the series, including the historic Southborough House in Surbiton, designed by John Nash. A home on Guildford Avenue was also used, and driving scenes were filmed along Kingston Road.

In Lewisham the Milford Tower estate features, along with Catford Market and the Stage Door Café and the One Stop Express on Catford Broadway.

In Lambeth a property on Holmewood Gardens plays the role of Robin’s flat, which she shares with her slightly boring fiancé.

And a number of scenes were filmed inside HMP Brixton on Jebb Avenue.

We also see Perronet House on Princess Street in Southwark’s Elephant and Castle.