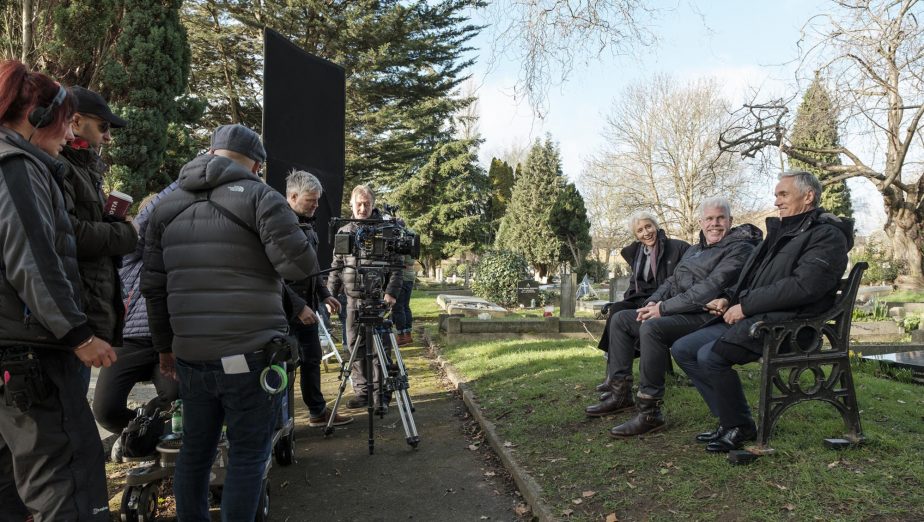 It’s been an exciting couple of months on TV, with a number of releases that we’ve been looking forward to for a while. In the Long Run 2 starts tonight, Giri/Haji debuts tomorrow, whilst The Capture (pictured filming above) and Top Boy have been enjoying glowing reviews. Read on to find out more about our involvement in these top class shows.

In The Long Run 2

If you’re a fan of Idris Elba (who isn’t…!) here’s some news you’ll be glad of: the second series of Elba’s semi-autobiographical sitcom starts tonight on Sky One. The show is set in London in 1985 and centres around the Easmon family, who moved from Sierra Leone 13 years previous. The first series was highly praised for its warmth and originality. It’s also very stylish and beautiful to look at; fully embracing the typically retro interior design palette.

Key Location: The Mursell Estate in Lambeth was a key repeat location for the series. The production made a generous donation the estate’s TRA for use of the TRA Hall as a holding area. We like to image Idris hitting the DJ decks in the corner between takes to keep the crew entertained.

Giri/Haji is a brand new offering from BBC2 and Netflix and it airs tomorrow night at 9pm. It’s described as a soulful thriller, created by Humans writer Joe Barton. The show is set in both London and Tokyo and will play out over eight episodes. Here at FilmFixer, we facilitated around fifty shoots over six of our boroughs so we’re very excited to see it hit the nation’s screens.

Key Location: One of the unique things about this production was the scope for doubling. We facilitated a shoot on Fairfax Road in Camden where a restaurant was dressed to transport us convincingly to the heart of Tokyo. The production also made a number of donations, including to the Trinity & Newington TRA in Southwark who said: “The filming donations really changes what we can offer to the community without everything having to be ticketed and charged for.”

This six-part series had the nation on tenterhooks from the start of September through to its finale on October 6th. We won’t give any spoilers in case you’re yet to watch it, but suffice to say we were particularly hooked on episode 3, the majority of which filmed right outside our offices in Southwark. The screenshot below shows one of the characters watching CCTV footage of a car chase, with our office just out of shot where we facilitated the shoot just months before. It’s like a Russian doll of filming.

Key Location: This production had the right idea with heading down to Kingston where they able to do all sorts of versatile things including some atmospheric interiors on the Cambridge Road Estate, a recreation of some CCTV footage at Kingston Ancient Market Place and unit basing at the ideally located Bittoms Car Park.

Six years ago, Channel 4 cancelled a popular show based in East London after just two series. Luckily for us, though, that didn’t spell the end for Top Boy. The show has had a revival on Netflix this year largely thanks to the support of rapper Drake. It’s been going down a storm, with loyal fans delighted to have the series back and new devotees springing up all over the place. When it released on Netflix last month, the viewing figures spoke for themselves:

Top Boy is living up to its name – after years away from our screens it’s back, and it’s been the most-watched title on @NetflixUK this week. Here’s the full list…

Key Location: Attentive viewers will know that the show is based in Hackney, but filming actually took place all over London. The Silverlock Estate in Southwark proved an important location, and residents there were grateful to receive a donation from the production after filming back in January.