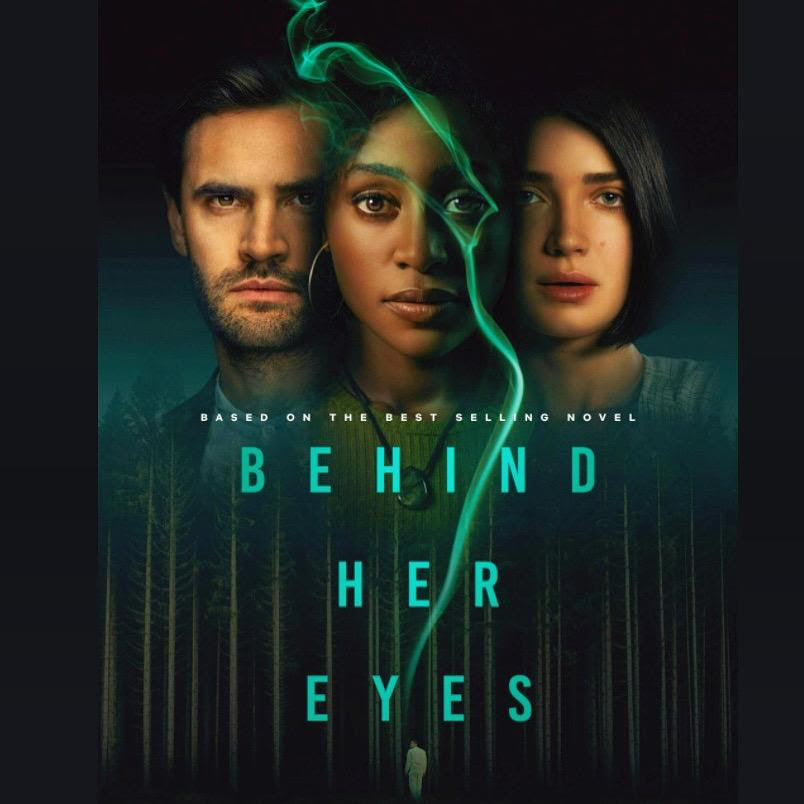 The team behind the new Netflix hit ‘Behind Her Eyes’ worked closely with FilmFixer to use many London Borough film locations.

Behind Her Eyes, the British supernatural psychological thriller is based on the 2017 novel of the same name, and locations were used in several of FilmFixer’s boroughs. These include Camden, Southwark, Islington, Kingston, Haringey and Lambeth as well as the Lee Valley Park Regional Park Authority.

The six-part series is based on a book of the same name by Sarah Pinborough, and centres around a single mum, who works as a secretary in a psychiatrists’ office. She ends up becoming involved in a complicated and confusing love triangle that is at the heart of this erotic thriller. The story is known for having a very shocking ending, with the book launching with the hashtag #WTFthatending when it was released three years ago. Tom Bateman who plays the psychiatrist David says: “What I think is great is that there are four principle characters, and all of them have a big twist. It’s not like one person has a big twist. Each of those people have a big “Whoah!” moment.”

Three of the main characters live in Islington, so the borough features prominently throughout. Look out for David, the male lead, as he draws all over a map of Islington in one scene. His scrawls are actually very accurate to where the filming took place! The main house location was in Goldhurst terrace in Camden, which was used for several months. Ironmonger Row Spa was hired for a day, with shooting also taking place at King Square Gardens. Aubert Court (Islington housing estate), provided the balcony location for lead character Louise (Simona Brown’s) flat, while the interiors of her flat were shot in a studio. Donations for the shoot were made to the Tenants & Residents Association at Aubert Court.

Eagle-eyed spotters will also recognise Lamb’s Conduit Street for the police station and 66 Camden Square which was used for the psychiatrist’s office. Cafe interiors were filmed at the much-loved local favourite ‘Fink’s Salt & Sweet’ cafe in Highbury. There was also two days shooting at Shoreditch Grind cafe. Parking suspensions were supplied for a scene at City Road Lock and there were a plethora of general shots from all around the borough. Hungerford Road provided the exteriors for Louise’s ex’s house, along with footage from Clerkenwell Green. Donations were made by the production to Clerkenwell Green Preservation Society, Priory House and The Regeneration Trust. Northampton Road in Clerkenwell and Finsbury Park were the unit bases for the production team.

It wasn’t Islington all the way. Two scenes were filmed in the underpass at Tottenham Marshes in Lee Valley, and Coldfall Primary School in Muswell Hill doubled for Louise’s son’s school. In addition Brixton also featured as a shoot location, with Sudbourne Road being chosen for filming a scene that showed Louise in her dream childhood home. Brandon Estate in Southwark doubled up as a Glasgow council estate which featured in two scenes. In the first, Rob is pursued in a night dream sequence, and later Adele is featured walking around the estate and going for a run. The production crew worked well with local residents to make sure all of their needs were met and they were listened to properly. Both Brandon Estate and Conant & Rutley Tenants & Residents Association received a donation as a gesture of thanks.

Rhian Sharpe, FilmFixer’s Chief Operating Officer said: “We were delighted to support Netflix’s next big hit by facilitating some of their key locations across our London Borough portfolio. The Behind Her Eyes location team needed a variety of locations to fit their brief, a challenge that we were happy to help them achieve. Whether they needed residential settings, brutalist estates or green spaces we knew our boroughs would be able to accommodate their shoot. The production was a pleasure to work with on an ever-changing environment. Their approach to filming was both professional and sensitive with an understanding of the direct needs of the local residents and businesses. We would happily welcome them back to any of our boroughs and locations.”

This website uses cookies to improve your experience while you navigate through the website. Out of these, the cookies that are categorized as necessary are stored on your browser as they are essential for the working of basic functionalities of the website. We also use third-party cookies that help us analyze and understand how you use this website. These cookies will be stored in your browser only with your consent. You also have the option to opt-out of these cookies. But opting out of some of these cookies may affect your browsing experience.
Necessary Always Enabled
Necessary cookies are absolutely essential for the website to function properly. This category only includes cookies that ensures basic functionalities and security features of the website. These cookies do not store any personal information.
Non-necessary
Any cookies that may not be particularly necessary for the website to function and is used specifically to collect user personal data via analytics, ads, other embedded contents are termed as non-necessary cookies. It is mandatory to procure user consent prior to running these cookies on your website.
SAVE & ACCEPT